If you catch these fish, throw them back into the water immediately! 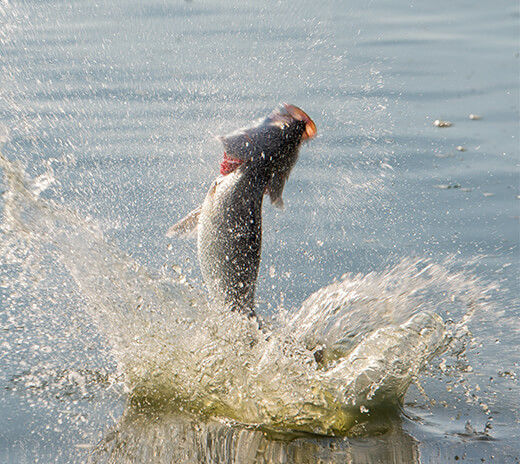 When it comes time to throw the rod out for another session, we’re all guilty of assuming any catch is a successful one. Unfortunately, this isn’t always the case, and some species either need to be treated with extra care or returned back into the water as soon as possible. From toxic skins and internal organs to poisonous barbs and razor-sharp teeth, which fish should you be extra cautious of?

We’ve highlighted what species you should keep an eye on during your next adventure.

Blowfish belong at the top of the list, as they are notorious for being incredibly poisonous. Although most fishers know to keep an eye out for these guys, they’re still a notable mention due to their lethal attributes.

In fact, there are well over 100 species of toadfish and pufferfish – so there’s plenty of variations to watch out for when you’re reeling your next catch in. Members of this family typically have torpedo-shaped bodies, soft skin (instead of scales) and teeth that form a beak. They also feature tetrodotoxin – a lethal toxin – in their flesh and internal organs, making them a pretty dangerous fish to catch. If you do happen to snatch up one of these, they must be returned to the water immediately; it’s essential to keep them away from those passing by and other animals.

Although most freshwater hobbyists choose to avoid handling catfish, some still take this path. Saltwater fishers, however, prefer not to handle catfish at all, but if they do, they generally know to keep them at arm’s length.

Some of the most common species are Hardhead and GafftopSail catfish, and their sting is pretty lethal. These barbs are perfectly capable of going through the sole of your shoe – which is a surprise you definitely want to avoid. If you don’t need to handle these guys, it’s best just to leave them be.

These yellow-eyed beauties are much more threatening than they look. If you catch a tailor, you’re in for a chance of having your fingers mangled to the bone, if they manage to get their teeth into your skin. You can also expect them to delay letting go – they love a sturdy latch.

If you’re not on the lookout, their sheer force can also take you by surprise. These guys have significant strength when it comes to biting and can pack quite a bit of pain.

Most fishers won’t be on the lookout for catching rays, but sometimes they can get caught on the line. Some have poisonous barbs at the base of their tails, while others have them at the tips, making it hard to be sure which is which. Some fishermen will choose to de-hook these guys. However, others prefer to keep away from the potential poisonous barbs, so they cut the line instead. Rays are also quite sizable, making it a big ordeal if you do catch one – so make sure you keep an eye out and your line away.